Here is my bit for today. 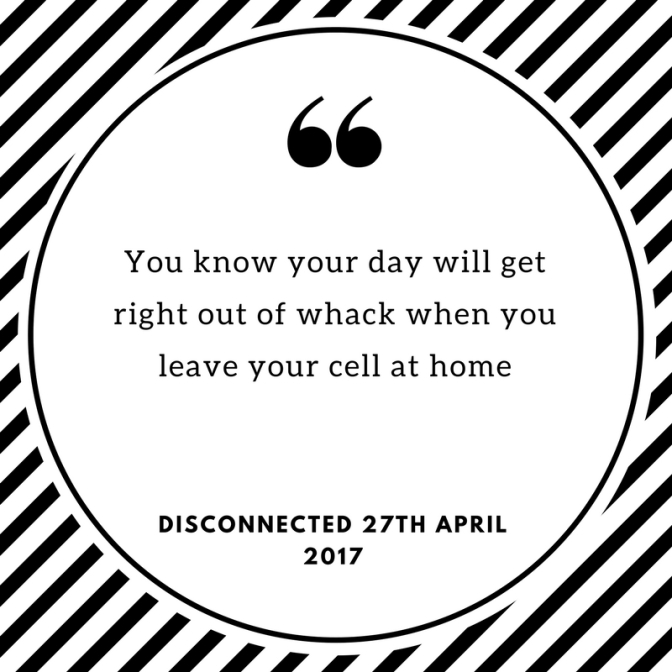 Trust me. It happens to the best of us.

My initial thought was to turn around and go back home for my mobile (cell phone). However, I was running late already and decided not to do it (Hindsight is a tricky thing. I should have gone home).

Then, my train was cancelled. Then, the next one got cancelled too. The rest of the trains run half an hour late. The next thing, the train was diverted. And I had to get out at the train station I did not need. And escalators did not work, so I had to observe ‘elephants going to the watering hole’ (meaning: load of people going up the stairs very slowly as the stairs were wet).

Eventually, I got to work… 1 and a half hour late. Hurray. I am safe and sound and very very late.

I still do not have my mobile phone. I am still disconnected from my usual time wasters. It should be a good thing? We’ll see, won’t we.