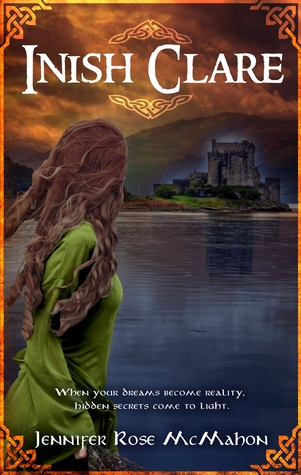 Cursed by haunting visions of the notorious pirate queen, Maeve must risk her life in a race against a soon-expiring ancient pact.

Nineteen-year-old Maeve O’Malley returns to Ireland with the medieval relics that could prove her clan’s rights to the land and its treasures. If only she knew who to trust with the centuries-old secrets before time-honored Brehon Law hands everything over to her enemy.

Finding the elusive final resting place of the pirate queen is critical if Maeve is to accomplish her quest of returning balance to her clan, before it’s too late. But is she willing to make the sacrifice necessary to become a true warrior?

Readers will be transported through medieval castle ruins and ancient cemeteries while exploring the mythical enchantment of Ireland’s legendary pirate queen, Grace O’Malley, in this suspenseful continuation of BOHERMORE and the Pirate Queen series.

She is a clan cheftain and she is only 19. She can see ghost but she is scared of rotten teeth and seeing her boyfriend with another woman. Did I say she was only 19? She is. The main character in Pirate Queen series by Jennifer Rose McMahon is all that and more. Add to the picture emerald greens and ancient castles of Ireland, two competing dashing men, mix in some supernatural stuff and you got an idea…

The idea being… I should have read the first book before this one. I got confused a bit reading Inish Clare as I did not know the backstory. So I decided to concentrate on the things I do know and like: love story and ‘ability seeing ghosts’.

The fight for Ireland. The fight to right the ancient wrong. The fight to stay true to one’s feelings. It is all there and more. And it is all written through the eyes of a teenage girl (no gross stuff ever).

I loved the story so much, I’ve read it over a couple of train trips to work. Would I read more? May be as I want to see how the story unfolds.

The author did a great job, IMHO, describing all the apparitions, their comings and goings. All the pirates, warriors and assassins seemed as real as they can be (in the supernatural crossing over into our 3d world). The pictures of surroundings were amazing to the point that I’ve started ‘missin’ Ireland even though I’ve never been.

Have a read… and may be, just may be start from the book one.