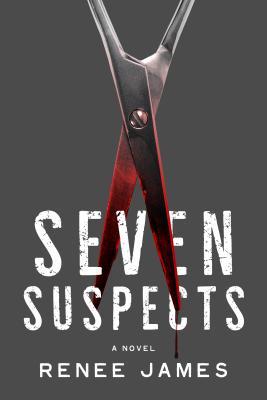 Bobbi Logan is a successful businesswoman and a celebrated hairdresser. She is a witty, articulate woman who has survived rape, gender transition, a murder investigation, and countless acts of bullying and bigotry to get where she is–and she’s made enemies along the way. Now one of them is stalking her. With each passing day, the threats become more brazen, more violent, and more personal. No one knows who here stalker is or why he’s after her, but he’s getting closer every day. Bobbi is intimidated but she has vowed to never be the victim again. She accumulates a list of six suspects, and with courage and persistence, she hunts them down, one by one–stalking her possible stalkers. But as she confronts those men who may want to do her harm, the number seven keeps haunting her–there must be a seventh suspect. And when she finds him, Bobbi’s world implodes.

Honestly, who says women feel this and don’t feel that. Women can do this and absolutely cannot do that. The main characters thinks she knows what women supposed to feel, think, do. She wants to imitate them. STOP. Do not imitate anyone. Be yourself.

This way your suspence would have been so much better. Constantly self-doubting, paranoyed, self-depreciating characters is not a joy to read. I found it pitying.

The story dragged for a very, very long time. I did not even understand what the mystery was about until half-way through the book. The book was all about Bobbie’s story, life, business and relationships. It was about how promiscious she is without having sex with anyone… Honestly… what was that all about?

Some points of the story were fine. Some of them were even acutely familiar to me, a genetic woman. Thus, my point again. We, women, do feel frightened but we are strong and brave enough to protect and defend ourselves and our loved ones. And we, women do feel like biting someone’s head of or pushing them off the cliff. Trust me, been there.

I have given this book 3 stars as I enjoyed my first ever transgender character. Howevever, I would not read any more books in the series. I found the story itself, the dynamic not to my liking.