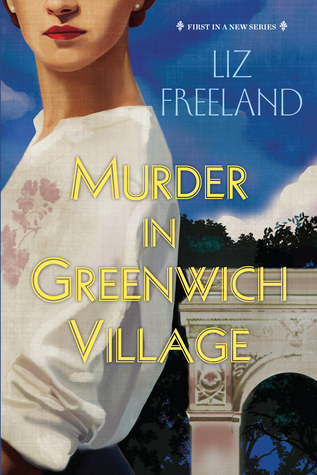 Her parents have died. Her family turned on her and built a brick wall behind. Her innocence was taken in a flash. Her life started off rickety to say the least. What would become of her?

Twenty year old Louise Faulk finds herself in the Big Apple with all her trials and tribulations seemingly behind her… not. Living in New York proves to be puzzling, dazzling and dangerous to boot.

Louise is finding her self, her feet, her purpose and along the road she is finding a murderer. She will find the murdered by the end of this story (predictable outcome). And she will find a friend or two and will get disappointed in people more than once.

The first book in the series Murder in Greenwich Village is laying the grounds for a female sleuth hero. The Great War is coming and Louise just might end up in Intelligence or Secret Service of some sort. Marriage, babies or even nursing are not her cup of soup, for better or worth.

Overall, this book was an enjoyable read. Interesting and varied characters and very likable main heroine. I felt sorry and sad for her in some places. But to get a little you loose a lot, such is life…