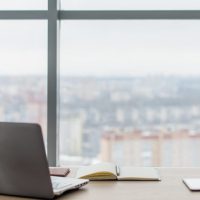 Iceland in the 1960s. Hekla is a budding female novelist who was born in the remote district of Dalir. After packing her few belongings, including James Joyces’s Ulysses and a Remington typewriter, she heads for Reykjavik with a manuscript buried in her bags. There, she intends to become a writer. Sharing an apartment with her childhood and queer friend Jón John, Hekla comes to learn that she will have to stand alone in a small male dominated community that would rather see her win a pageant than be a professional artist. As the two friends find themselves increasingly on the outside, their bond shapes and strengthens them artistically in the most moving of ways.

All I know about Iceland, really, can be summed up in a few words: Bjork, Olympic Games and cold… Thus, I literary jumped at the opportunity to read a book by Icelanding author set in Iceland and about Iceland life. Thanks to Netgalley for this opportunity.

Miss Iceland is a Pandora Box. The quiky cover and beauty pageant reminicent title are icy and whindy misleading. They are completely misleading. There is nothing even remotely cheesy and sugarflossy about this book… except may be the deserts the heroine brings from work for her friend and canned peaches (the epitome of fruit-eating) they seem to be eating at any opportunity.

This book is about writing. It is about a gril named after volcano (instead of being named after eagle as her mother wanted) wanting to write against all ods, wanting to become a full-fledge author in the country ruled by men, where any writing can only come from under manhandled quill.

‘Men are born poets. By the time their confirmation, they’ve taken on the inescapable role of being geniuses. It doesn’t matter whether they write books or not. Women, on the other hand, grapple with puberty and have babies, which prevents them from being able to write’.

Helka, the main heroine, moves from her small village to Reykjavik looking for better opportunity anf for more space literal and surreal to write. She is not alone. She has two best friends with her: male and female. They are as differnt as chalk and cheese but they love Hekla and want the best for her.

Her girlfriend dabbles in writing herself. She writes diary to escape the mudane routine of: babies, boiled potatos and curtains.

‘It can take as much as six, seven pages for the light to come up in here (sun).’

‘I decided to stop writing in the diary. I’ve packed away my wings’.

Her other friend is a gay man who struggles to fit in and to find himself in the male-dominated homophobic world of lies and deceptions.

‘Then I tell him. That I write… At that moment I’m holding the baton and tell the world it can be born. In return the most handsome boy in Dalir told me that he loved boys… We kept each other’s secrets. We were equal‘.

‘We’re two of a kind, Hekla. Neither of us is at home anywhere’.

But Hekla writes. She defies society’s norms. When she moves in with her boyfriend (poet) she hides her writing from her man. Eventually poet can’t write as he has nothing to say but Hekla gives birth to one story after another.

Hekla and Jon John (gay friend) escape the capital, the cold and long nights looking for ways to be themselves only to… well, you have to read the book to find out.

‘In my dream world the most important things would be: a sheet of paper, fountain pen and a male body. When we’ve finished making love, he’s welcome to ask if he can refill the fountain pen with ink for me’.

I loverd the book. I loved the poetic voice and numerous passages that spoke to me directly. Thus, so many quotes in this review. I could identify with Hekla on many levels. I could see what she saw and feel what she felt.

I enjoyed her journey of self-discovery. However, it was cut short with and left reader with an open ending.

Five stars from me.